Monbulk RSL has re-opened however to due to COVID-19 restrictions apply to numbers of people inside and out as well as required vaccination status of attendees.
We look forward to seeing you again soon.

The Cowey – Selman Kokoda Award is available each year to Year 11 students who are enrolled in a secondary schools or college within the Shire of Yarra Ranges. The award provides the opportunity for a student to join a Kokoda trek at no cost to themselves other than their personal medications, spending money and gifts for the Papua New Guinea locals. The successful student will be offered assistance with training prior to the trek.

The award is the initiative of the 39th Infantry Battalion (1941-43) Association Inc. and the Mount Evelyn, Monbulk and Lilydale RS sub-branches.

This competition, to be held annually within the Shire of Yarra Ranges, was introduced in 2019. Unfortunately, the award was suspended in 2020 and 2021 due to COVID-19 and the closure of the Kokoda Trail. The award is named after two Yarra Ranges’ residents, Jim Cowey and Geoff Selman who served with the 39th Infantry Battalion in Papua New Guinea. The competition is open to all Year 11 students from all the secondary schools/colleges within the Shire of Yarra Ranges. Students are invited to submit an entry using any medium desired (e.g. PowerPoint, art, poetry or essay (limited to 600 words) outlining:

The winner will receive a fully sponsored, escorted trip to Kokoda and learn first-hand something of Australia’s history.

The concept came from similar competitions:

The purpose of the competition is to encourage young people to research and understand the sacrifice by so many ordinary people, like residents from the Shire of Yarra Ranges, made in WW2 to keep this nation free.

Details of the Kokoda and Northern Beaches Campaign may be found in many books and websites including www.39battalion.com 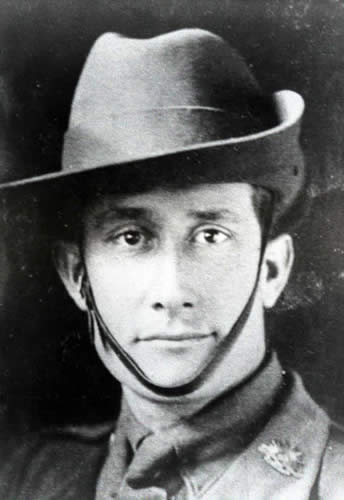 James CoweyJames Cowey MC was born in 1890. In WW1 he served in Egypt, Gallipoli and across the Western Front. He was awarded the Military Cross for gallantry near Hamel on 18th/19th September 1918 west of Bellinglise in Northern France. He re-enlisted for WW2 and served as a Staff Sergeant with the 39th Battalion. A resident of The Patch, we believe Jim is the only enlisted man to actively serve at both the Gallipoli Landing and crucial 2nd Battle of Kokoda. Jim passed away in 1968.

Harold Geoffrey Selman (“Geoff”) was born in 1921 and served as a Private in the 39th Battalion. A resident of Lilydale, he was Killed in Action at Gona on 14th December 1942. Geoff is buried in Bomana War Cemetery, Port Moresby and remembered on the cenotaph in Lilydale. 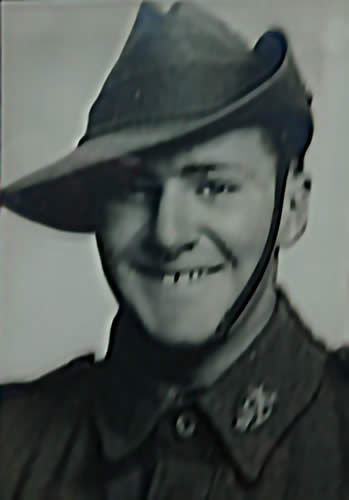 Candidates should download and complete the application form and complete an entry using any medium desired (e.g. PowerPoint, art, poetry or essay of  up to 600 words) answering two questions in relation to the Kokoda and Northern Beaches Campaign:

Entries are to be submitted to the candidate’s school/college. Each participating school/college may submit up to two short-listed entries to Mount Evelyn RSL sub-branch (This email address is being protected from spambots. You need JavaScript enabled to view it.) by the nominated time/date, together with (i) the candidate’s Parental permission, and (ii) a confidential reference from the school / college Principal.

The trek takes 10 days and covers 96km of difficult country. A reasonable level of physical fitness is required, along with mental endurance and determination. Airfares, accommodation costs, travel insurance, trek costs and equipment (boots, clothes, passport, if necessary) will be covered. Personal spending money, snacks, personal medications and gifts for the local Papua New Guinea people are to be met by the successful candidate.

Details of the trek and the Kokoda Trail may be found on http://https://getawaytrekking.com.au/